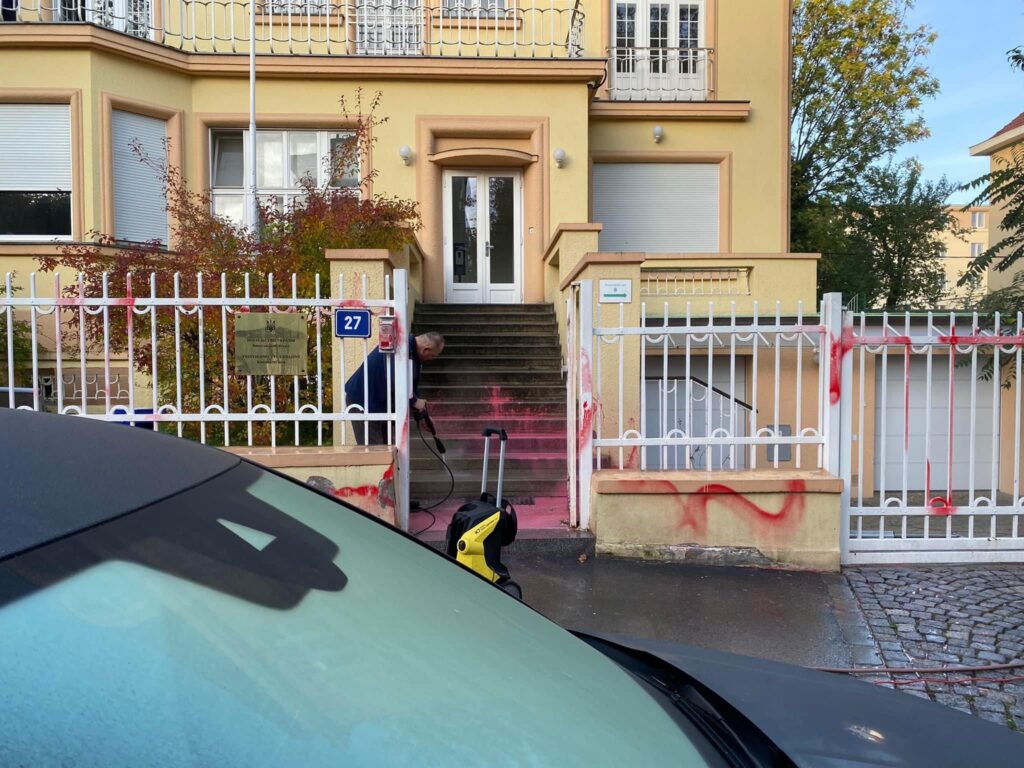 The Ukrainian Embassy in Prague was heavily stained with red paint on the morning of 5 October 2022. It is an angry message to the Ukrainian state, which is needlessly sacrificing people in a war that they do not want to participate in. It is impossible to stand silently by as Zelensky and his government deny the people the opportunity to choose to leave the shelled country and not bleed for the interests of the bourgeoisie.

This action was taken in solidarity with the people affected by the war, all deserters, conscientious objectors and those who sabotage the war machine. Behind this act of solidarity are the same attitudes that were expressed in the Internationalist Manifesto against capitalist war and peace in Ukraine…

It is understandable that Putin and his supporters are criticized for the crimes they are committing against the people of the Ukrainian region. However, the complicity that Zelensky and the Ukrainian government have in these massacres should not be forgotten. At a time when Putin’s army is bombing Ukrainian cities, Zelensky’s government is forbidding men to go across the border to safety. They keep them in shelled territory under threat of punishment and force some of them to risk their lives on the war front against their will. It needs to be made clear: Zelensky is as much a shit as Putin! Both have the blood of civilians on their hands.

The Ukrainian state is said to be an innocent victim of aggressive neighbors, but underneath its facade is just another form of tyranny. The constant highlighting of the crimes of dictatorial regimes distracts attention from those committed by democratic ones. Certainly, there are many differences between the rule of dictators and that of democrats, but it is just that in the matter of sacrificing the lives of the ruled population, they tend to be indistinguishable. For both dictatorial and democratic statesmen, we are mere numbers and freely available human resources. They calculate and arbitrarily regroup us. They add us up and subtract us. They manipulate us and get us killed. They humiliate and exploit us to defend the power of the ruling class.

There is no point in solving the dilemma of whether to side with one government or another in a war. Every government will suppress our interests and waste our lives. Putin, Zelensky, Biden, Lukashenko, Zeman and others. They are just different faces of global tyranny. They all need to be repudiated and overthrown. People must be free to move about, find safety and organise their lives.

Death to all states!

Open the borders, overthrow the tyrants! 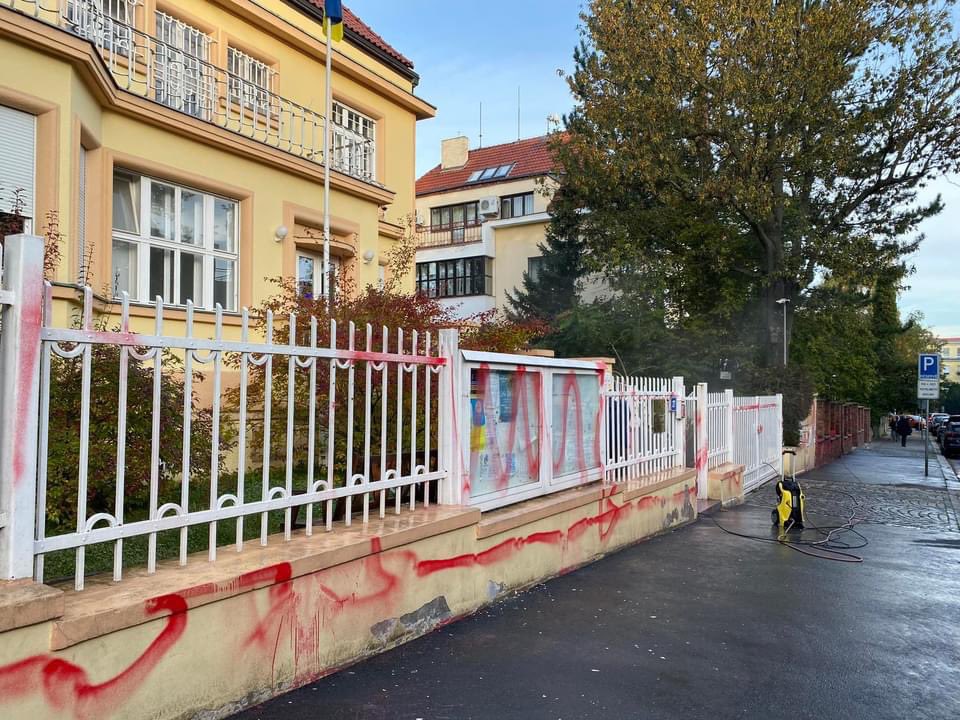 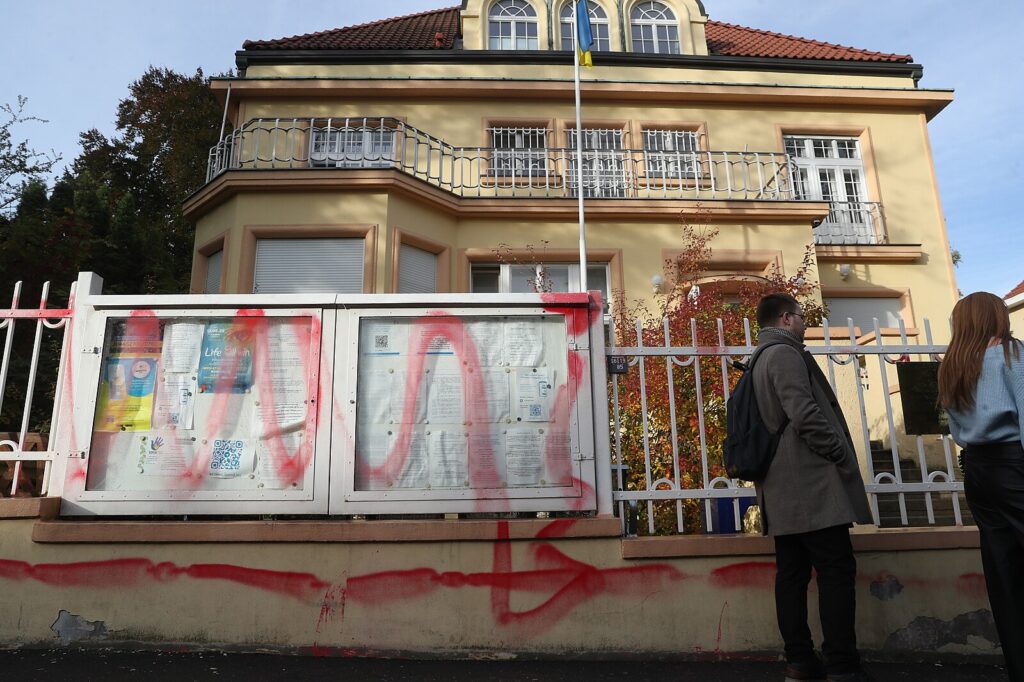 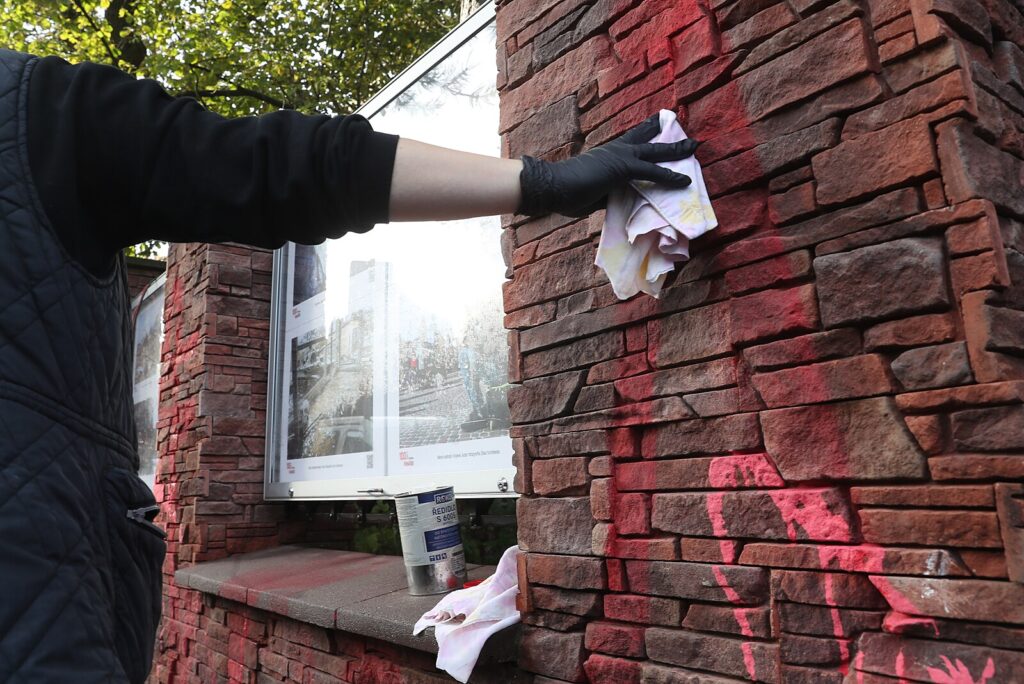